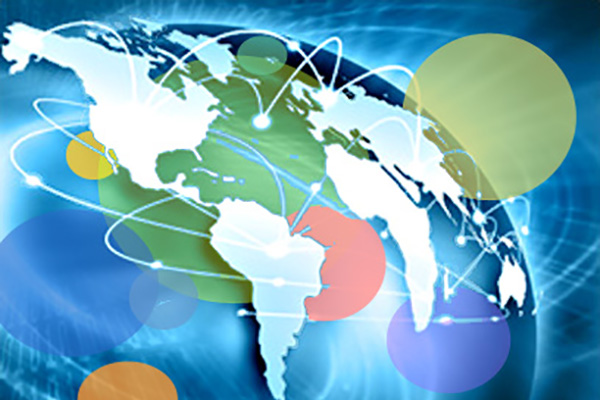 Gaining necessary support from all those that can influence achieving the desired results, within and outside an organization.

I once ran a special planning conference for a new environmental office of the Government of Jamaica. Its principal uniqueness was that the conference included a large group of stakeholders - public and private sector, who had not generally been a part of government planning activities. The group included about seventy representatives - of other Government offices, NGO's, and some private companies whose actions were judged to have influence over the country's environment.

Close to the beginning of the conference, I proposed several Desired Outcomes to the group, a principal outcome being an improvement of decision-making of the "environmental planning system of the country of Jamaica", and so better results for the environment.

Most of the participants nodded in agreement, though some letting slip a slightly quizzical expression. I asked if they had any idea who made up the "environment planning system” of Jamaica". Many indicated they didn't, amid more quizzical expressions.

I said, "Look around; take note of the folks around you. I believe and want to demonstrate during the course of this activity, that this somewhat organic, yet extremely powerful ‘system’ is largely composed of the people in this room, and the very diverse, and sometimes conflicive organizations and interests they represent.

I continued, "Most relevant actions and their impact on the environment are the result of a combination of individual actions and the resulting interaction among the people in this room and others. Some impacts are predictable; many not, especially from the perspective of any individual actor." A principal mantra of this approach is, that the more individual actors are aware of the impact of their actions on each other, and on the system as a whole, the more effective and powerful they will be at producing their own and others' desired outcomes.

This involves being very aware of the systems of which we are a part, whether all members realize it or not, and functioning as much as possible with that awareness. We generally don't, at least in most day-to-day actions.

A few comments from clients -

"He is very effective in getting active participation among stakeholders, identifying the core issues, and making sure those issues are thoughtfully considered. He creates a very comfortable environment where the participants become active contributors. He is a quick study and seems to quickly grasp the most critical issues." (David Washburn, Principal, Amherst Information Architects)

"Our work together proved valuable at many levels, providing context to the changes happening within the organization, helping to identify key areas of strength and improvement, as well as focusing on opportunities for professional and personal growth." (Nicholas Valls, Vice President, Univision)

Does your organization take full advantage of its systemic context? Does it fully exploit the links it has, or could have, with staff in other places, customers and other key stakeholders, and potential allies and collaborators of all types, and in many even far-off places?

Are you aware of all the ways those involved with your work and influence its potential impact depend on each other? Do well-intended  actions sometimes seem to bring about different, even opposite, effects than those hoped for and expected - leaving you puzzled?

Do your planning and implementation activities have the support those that could influence, or have an impact on your success? How frequently do you fail to take other groups, organizations, and the world fully into account?

Some years ago, during a session, I had a very powerful vision, of a large and intractable traffic jam at a critical intersection. No car saw a path to move in any direction - left, right, forward, backward. The situation seemed hopeless, and those involved felt totally powerless.

No one could move; and no way to improve the situation was evident to any of those individuals involved. Does this sound familiar? There seemed no direction in which any single car could move to begin breaking the jam; as loggers might say, “There was no ‘key log’ whose dislodgment (sic ‘dislogment’) might break the jam.

When despondency was at its height, a helicopter appeared - high enough up to gain a view of all the cars at once. Those in the helicopter were able to see, that if one of the cars backed up at the same time that another moved to the left, and another moved forward, then sufficient space would open for the logjam (sic car-jam) to dissolve, and quite quickly at that.

This is a metaphor for what can happen in a well-conducted systems-oriented consultancy. In this example, the key was seeing the whole system, and then taking steps in a coordinated, system-oriented way. Instead of a helicopter, effective processes can allow leadership, and others, to become more aware of the “system” as a whole, and plan together. It is this awareness, and the possibility of coordinated movements that provide the opportunity for escape and creating of a new and higher potential reality.

This Systems Approach includes Strong Cultural and Global Awareness, that is taking account of the potential influence of different cultures, countries, and the world as a whole. This perspective is central to today's global reality.

AHA activities with clients are based on global and systemic views of the world. Principal, Alan Hurwitz, has worked in more than forty countries around the world, and works on an ongoing basis with people from a wide range of national, organizational, cultural and social perspectives. The AHA world is a holistic and integrated place, regardless of the size or present reach of any single organization.

"I work in Spanish, and speak enough to get myself into trouble in several other languages - French, Hebrew, Turkish, and a few others to some extent. I enjoy a lot working with people from different places, and learning national languages as much as organizational languages."